News Desk: China is ready to work with India to enhance mutual trust and properly manage differences, the Chinese foreign ministry said on Monday, adding that the “right path” ahead for the two countries is to respect each other.

The foreign ministry was reacting to Prime Minister Narendra Modi’s Independence Day speech where he talked about strengthening the Indian armed forces and said the country’s territorial integrity is supreme.

“From LoC (Line of Control) to LAC (Line of Actual Control), anyone who casts an eye on the sovereignty of the country, the armed forces have responded in the language they understand,” Modi had said in his address to the nation from the ramparts of Red Fort.

Modi also referred to the border clash in eastern Ladakh without naming China.

“India’s integrity is supreme for us. What we can do, what our soldiers can do — everyone saw that in Ladakh,” Modi said, referring to the June 15 border clash in the Galwan Valley.

At least 20 Indian soldiers were killed in the clash and China has also acknowledged that it suffered casualties but without citing an accurate death toll.

Asked to comment on Modi’s speech, Chinese foreign ministry spokesperson Zhao Lijian said: “We have noted Prime Minister Modi’s speech. We are close neighbours, we are all emerging countries with over one billion people”.

“So the sound development of bilateral ties not only serves the interest of the two peoples but also stability, peace, prosperity of the region and the whole world. The right path for the two sides is to respect and support each other as this serves our long-term interests,” Zhao said at the regular ministry briefing on Monday.

“So, China stands ready to work with India to enhance our political mutual trust, properly manage our differences, step-up practical cooperation and safeguard the long-term development of bilateral ties,” he said.

Prime Minister Modi’s speech was also analysed by the Chinese state media, which said it was important, in China’s context, to follow what he does next.

“After the latest round of senior military-level talks between Beijing and New Delhi on August 8, India hasn’t shown any sign of changing its stance. At the same time, China has also held its ground. As the two countries are still at a stalemate over key issues, Modi’s real intentions will likely be revealed in his next moves,” Zhao Gancheng, a research fellow at the Shanghai Institute for International Studies told the tabloid, Global Times.

Referring to Modi’s speech, Zhao said that it could be explained from two perspectives.

“One is that Modi has become tougher and put on a combative look. The other explanation is that the Indian government thought it had done enough by demonstrating its attitude toward China. Therefore, what Modi said in his Independence Day speech is not very important – but what he will do next is.” 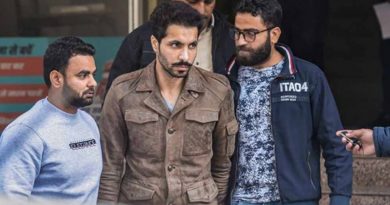 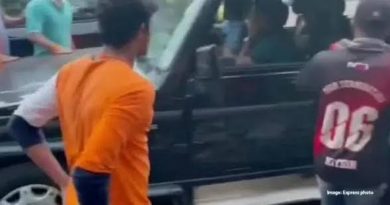