ARJOTIRTHI GANGULY: How does God feel, when he sees his prodigal son sleeping up to the throne? Diego is watching. He is screaming. We all can hear him, but Messi can see him. An extraordinary night of unrequited hopes & vengeance awaits, as Argentina reached the Final of FIFA WC 2022, Qatar. For someone like Messi it’s only a wait for a night to achieve what he deserves and for someone like Luca Modric it’s a big upset. Croatia is out of this tournament now. 3-0 is something the Argentines cherieshd a lot. It’s the end of Luca Modric’s world cup journey as he is of 37. This is the world cup of so many upsets so far. Champion teams like Brazil,Portugal, Mexico, Italy and many more out of tournament. The dreams of many legends broke, we saw them crying too. Tears from the staleqrts like Neimar and Ronaldo describes it all. 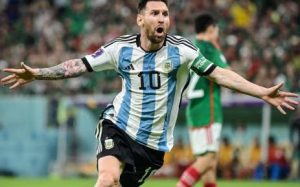 Lusail Stadium, witnessed something different atmosphere last night. Even Christiano Ronaldo was there sitting in the crowds to cheer up Messi for one more last time. Argentina attempted 9 shots whereas Croatia took 12. The shot on target was 7-2 respectively. In the first half of the game, Argentina started slow but the passes were effective the attempted 399 passes. They toon the advantage and grabbed the opportunity of penalty very well. By 34″ of the game the G.O.A.T. Messi took the shot and mad the first goal followed by Julian Alvearz for the second one 39″ min of the game. By half time it was 2-0. Pressure was under the opponents. By 69″ Croatia was under tremendous pressure as Argentina scored 3-0, third one again from Alvarez. This is Alvarez who dreamt 10 years ago to play with Messi and now he was only playing for his role model Messi. 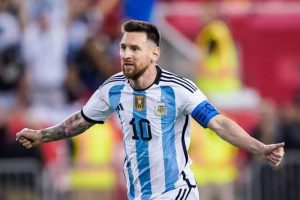 The last night they were doing something different out of the world for sure. The whole stadium was just chanting – 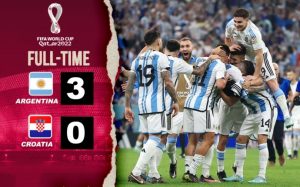 It was something emotional. It was in 1986 the last time when Argentina won the cup. It was then all about Diego Maradona. Will the drought of 29 years finally come to an end ? Messi is also in the race for the Golden Boot of the tournament joined by Kylian Mbappe. Now it’s all about L Messi ….. “O Messi, My Messi” The eyes will be on 18 Dec Sunday. 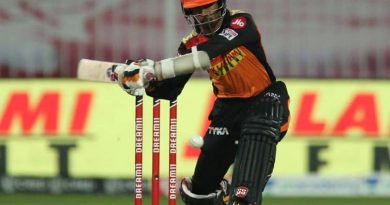 Sunrisers got a 10 wicket victory