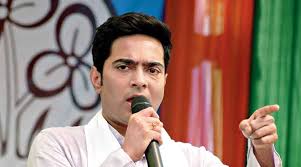 Debjit Mukherjee, Kolkata: After the Supreme Court on Friday barred the Enforcement Directorate (ED) from taking any drastic action against Trinamool Congress national General Secretary Abhishek Banerjee till September 5, the latter sharpened his attack on Home Minister Amit Shah and the BJP.

After coming out of the ED’s Salt Lake office following six-and-a-half hours of questioning in connection with the coal smuggling scam, Abhishek Banerjee, who is also the nephew of Chief Minister Mamata Banerjee, told reporters that the only task of the Home Minister is to use central agencies to topple the opposition-ruled state governments.

He also claimed that the different issues of corruption, such as coal smuggling and cattle smuggling on which the central agencies are acting against Trinamool Congress, are actually the scams of the Union Home Ministry.

“So, if police officers from West Bengal are being summoned by the central agencies, why the director generals of these two central armed forces are not questioned? I am saying now that the proceeds of all these scams have directly reached the Home Ministry” Abhishek Banerjee said.

However, he refused to elaborate on the points on which he was questioned on Friday.

“What I have understood is that the ED officials are acting under pressure. I have faced the ED interrogation thrice. I will face them again whenever I am summoned in the future” he said.

The Trinamool leader also attacked BCCI Secretary and Amit Shah’s son, Jay Shah, for the alleged refusal to hold the during the India-Pakistan match on August 28.

He then made a startling allegation that six to eight months back, the leader of opposition in West Bengal Assembly, Suvendu Adhikari, had a telephonic conversation with a prime accused in the coal smuggling case, who is currently hiding somewhere outside India.

“During the course of that conversation, Adhikari assured him protection. The audio recording of that conversation is available and will be presented in the court at the right time. If Adhikari has the guts, he can file a defamation suit against me for making this charge” he said.

Without naming anyone, Abhishek Banerjee also said that one of the current BJP Lok Sabha members from West Bengal, who was expelled from Trinamool for his involvement in corrupt practices, was later made the Union Minister of State for Home Affairs. 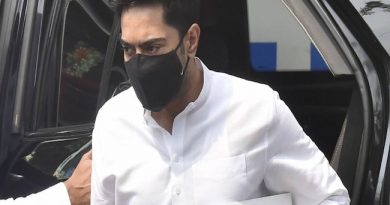 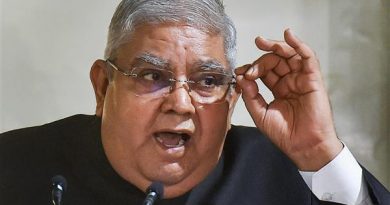 “This is not a democratic government”: Jagdeep Dhankhar