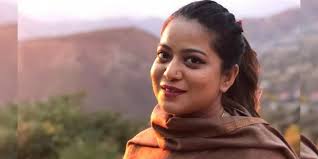 Debjit Mukherjee: After Central University Jamia Millia Islamia cancelled admission of activist Safoora Zargar, who was arrested in 2020 Delhi Riots case, she reacted to the decision on Twitter.

“Let it be known, it breaks my heart but not my spirit,” said the tweet by the activist, who played a major role during the 2019-2020 Citizenship Amendment Act (CAA) protests.

“The usually snail-paced Jamia admin moving at light speed to cancel my admission, foregoing all due process,” she further added while sharing a notice by Jamia which approves the admission cancellation of Zargar and cites three reasons for the same.

The letter attributes the cancellation of admission on her progress report being unsatisfactory, not applying for an extension as a woman scholar before the expiry of the stipulated period, and not submitting her dissertation within the mandated period.