News Desk: Nearly 30 hours after Al-Shabaab terrorists stormed Hayat Hotel in the Somali capital of Mogadishu, the siege that left dozens of people dead has ended, media reports said on Saturday citing government forces.
40 people died and over 70 were injured from the attack by al-Shabaab terrorists, the Sputnik news agency reported citing Somali Guardian. Al-Shabaab’s spokesperson Abdiasis Abu Musab said the group repelled more than 15 attacks launched by the government troops.
On Friday night, three explosions and gunfire between the Somali security forces and members of the al-Shabaab group occurred at Hayat Hotel, which is a popular place among lawmakers and government officials.
The shooting between security officers and the attackers has been ongoing for nearly 30 hours, according to local media.
Somalia collapsed as a unified nation in 1991 with the downfall of the Siad Barre’s dictatorship. The international community recognized the federal government as the only legitimate authority, which controls the capital of Mogadishu and several other areas.
Al-Shabaab, which is affiliated with al-Qaeda terrorist group, has been waging an armed struggle against the government of Somalia and is still controlling large areas in the southern and central parts of the country.
Back in May, the United States decided to renew strikes against the group’s positions to combat the growing threat posed by al-Shabaab to US partner forces, according to the Russian news agency.
13 al-Shabaab terrorists were killed in the recent US airstrike in Somalia on August 14, according to the US Africa Command, the report added.
The international community on Saturday condemned the terrorist attack on a popular hotel in Mogadishu.
“The UN wishes a speedy recovery for the injured, and expresses its solidarity with all Somalis in their against terrorism,” the UN in Somalia said.
The EU on its part strongly condemned the cowardly attack on the Hayat Hotel and shared its heartfelt condolences with those affected by the violence. The 27-member bloc said that the attacks will not derail efforts to help and stabilize Somalia.
India also condemned the attack on the Hayat Hotel in Mogadishu in the strongest words. It also expressed heartfelt condolences to the family of the victims and assured India stands with the Government and people of Somalia in their fight against terrorism.
“India strongly condemns the attack on Hayat Hotel in Mogadishu and expresses heartfelt condolences to the victims and families of this cowardly act of terrorism. India stands with the Government and people of Somalia in their fight against terrorism,” External Affairs Ministry spokesperson Arindam Bagchi tweeted. 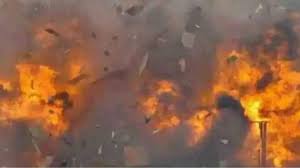 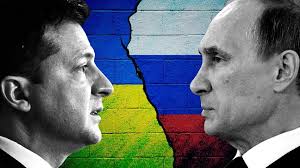