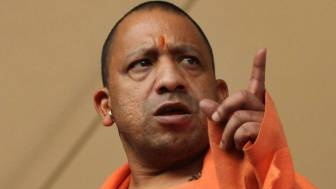 Debjit Mukherjee: A specialist group of international criminal and human rights lawyers have filed a criminal report with the Office of the Swiss Federal Prosecutor against Uttar Pradesh chief minister Adityanath ahead of his visit to Davos for the World Economic Forum.

Adityanath’s visit, from January 16, is to end today, January 20.

The group, Guernica 37 Chambers, have filed the complaint against him “for crimes against humanity committed between December 2019 and January 2020 in the state of Uttar Pradesh” – during the protests against the Citizenship Amendment Act.

The group, in its press release, cited the “principle of universal jurisdiction” in Article 264 of the Swiss Criminal Code.

The group has singled out Adityanath and his administration’s treatment of protesters, noting that the suppression of protests could amount to crimes against humanity.

Chief Minister, Yogi Adityanath is reported to have ordered the false imprisonment, torture and murder of civilians between December 2019 and January 2020 in the state of Uttar Pradesh to suppress protests against the adoption of the Citizenship Amendment Act (CAA) in India. As set out in the criminal report, these acts may amount to crimes against humanity as they are alleged to have been committed as part of a widespread or systematic attack against civilians, mostly the Muslim population in the country.

The group notes that it has “sufficient basis to believe that senior members of the UP State Government, including Chief Minister Adityanath, are responsible for ordering the UP police under their command” and singles out Adityanath’s speeches.

“The Chief Minister’s role in the escalation of police violence is particularly apparent in a speech given on 19 December 2019 calling on the police to take “revenge” against protesters. Despite being an Indian State official, the Chief Minister does not enjoy diplomatic immunity for these crimes.”

The lawyers also note that following the adoption of the Citizenship (Amendment) Act in December 2019, “which embodies a wider pattern of discrimination against Muslims in India,” many members of the Muslim community across the country took to the streets to peacefully protest the law. However, it says, UP Police violently cracked down on protesters.

“In the course of this crackdown which lasted six months, the UP police reportedly killed 22 protesters, at least 117 were tortured and 307 were arbitrarily detained,” it said.

Multiple ground reports had noted how minors and the poorest of people were allegedly beaten by police.

The criminal complaint argues that as CM and home minister, Adityanath as the final executive authority in the state of UP over police conduct also failed to investigate and prosecute the alleged crimes.

The lawyers alleged that “domestic avenues to address these crimes have remained unsuccessful” alongside international avenues as India has not acceded to the individual complaints mechanisms of the United Nations (UN) human rights treaties nor has it ratified the Rome Statute of the International Criminal Court.

The UP authorities, it notes, have so far “ignored calls by victims’ families, human rights groups, domestic courts and the UN mandate holders” to investigate and prosecute these violations.

The National Human Rights Commission (NHRC) opened an inquiry into the allegations in 2021.

The opening of an investigation by the Swiss authorities will serve as official recognition and acknowledgement of the gravity of the alleged crimes, it says.

Guernica 37 Chambers had earlier filed a formal submission with the United States government seeking targeted sanctions against Adityanath, for his role in extra judicial killings allegedly committed by the state’s police forces between 2017 and 2021 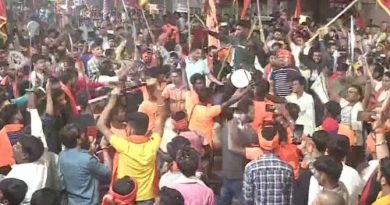 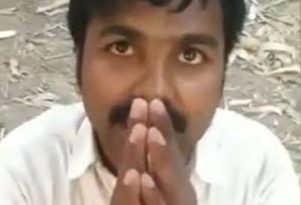 Muslim man beaten and burnt to death for eating beef 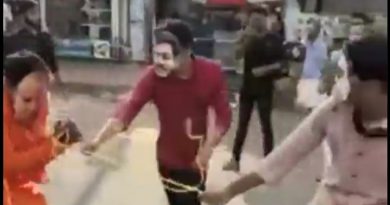 Uttar Pradesh: Video of a man dressed as Yogi Adityanath being roped and getting assaulted has gone viral on internet