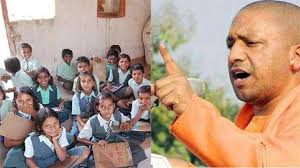 Debjit Mukherjee: A class 5 textbook in Uttar Pradesh’s Kaushambi has an erroneous national anthem printed on it. The textbook was distributed by the state government with missed words, ‘Utkal’ and ‘Banga’. These words denote the regions corresponding to Odisha and West Bengal. The omission of these words has raised concerns from academicians and experts who are also considering it an insult to the national anthem.

According to reports by news agency IANS, nearly 2.5 to 3 lakh books with the ‘wrong’ national anthem have been distributed. The authorities are calling it a mistake on behalf of the printing press and have asked the publisher to replace the textbooks with the correct ones within a week.

The book with the incomplete national anthem is a class 5 Hindi textbook distributed as part of the government’s plan to offer free textbooks to students. Even though the session had started in April started session but books had come in late this year for students studying in Uttar Pradesh.

The national anthem was published on the last page of the Hindi textbook.

Prakash Singh, BSA, Kaushambi talking to IANS said, “It appears to be a mistake from the publishers’ side. We have asked the publisher to take the books with errors back and replace them with correct ones within a week.”

Reportedly, the UP Basic Education Department has issued a notice to notice to Basic Shiksha Adhikari (BSA) who were responsible for checking the textbooks. The textbooks are called Vatika and were distributed to students in UP government schools. 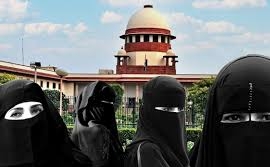 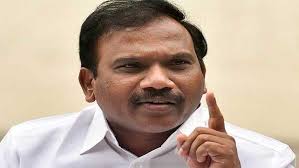 “Do not make us seek a separate country”: DMK leader A Raja