Debjit Mukherjee: Board of Control for Cricket in India president Sourav Ganguly remained tigh-lipped about the Supreme Court verdict on the proposed BCCI amendments on Wednesday, September 14. The apex court allowed modification of BCCI’s constitution and paved the way for its President Sourav Ganguly and secretary Jay Shah to continue in office without having to serve the mandatory cooling-off period.

“Don’t want to comment on it, the Supreme Court’s decision” Ganguly said at the Eden Gardens.

Asked Whether Its a win for BCCI or not? He said that it was entirely on the Supreme Court.

“It’s the Supreme Court’s decision, What they have thought good had given the order. I don’t comment on it” Ganguly said.

While the former India captain chose not to express much via words, the left-hander was seen in his cheerful self throughout the day in the iconic Eden Gardens. People present at the venue for the upcoming Legends League match congratulated the current BCCI president, who is set to remain in the position for three more years.

A bench of Justices DY Chandrachud and Hima Kohli said that an office bearer can have continuous tenure of 12 years, which includes six years in the State Association and six years in BCCI before the cooling-off period of three years is triggered.

The bench said that an office bearer can serve on a particular post for two consecutive terms, both at the BCCI and the State Association level, after which he would have to serve a three-year cooling-off period. 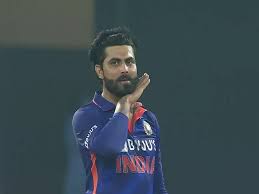