Debjit Mukherjee: A Dalit man was allegedly killed by his in-laws for marrying an upper-caste woman in Uttarakhand’s Almora district, an official said on Friday.

His body bore 25 wounds, she said, adding it appears he was killed using blunt objects like batons.

Chandra’s wife’s mother, her step-father and her step-brother were caught while taking his body in the car to dispose of it, Rani said, adding they were immediately placed under arrest.

The couple had got married on August 21 and Chandra was allegedly abducted by his in-laws on Thursday from Shilapani Bridge, Rani said.

Chandra had unsuccessfully contested bypoll to the Salt assembly seat in 2021 as an Uttarakhand Parivartan Party candidate. He had also contested the state assembly polls held in February this year but lost.

On August 27, the couple wrote to the administration seeking security, citing a threat to their lives, Uttarakhand Parivartan Party leader PC Tiwari said.

He said had the administration acted on the couple’s complaint, Chandra could have been saved.

Calling the murder a matter of shame for Uttarakhand, he demanded a compensation of Rs 1 crore for the victim’s wife. 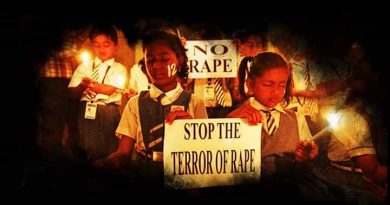