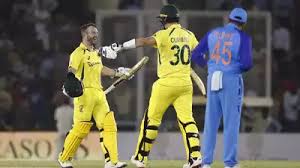 Debjit Mukherjee: Australia edge past India by 4 wickets at Mohali.

Australia beat India in the first T20 International at Mohali.

With his strike rate under scanner, Rahul made a statement with a high-quality 55 off 35 balls before Hardik smashed an unbeaten 71 off just 30 balls, including five sixes.

Suryakumar Yadav also played some breathtaking strokes in his 46 off 25 balls.

Expecting dew, Australia opted to bowl and handed debut to Tim David. Jasprit Bumrah, who was picked for the series after recovering from a back injury, was surprisingly not selected for the series opener. Dinesh Karthik was picked ahead of Rishabh Pant.

Umesh Yadav got a game after more than three years while Deepak Chahar, who is in the scheme of things for the World Cup, sat on the sidelines.

After Rohit Sharma and Virat Kohli fell cheaply, Rahul and Suryakumar shared a 68-run stand off 42 balls. It was raining sixes when they were in the middle.

Rahul’s walk across the stumps to dispatch Josh Hazlewood over the cow corner made his intent clear before he whipped Cameron Green for a massive six over deep square leg.

Suryakumar’s style of play is often awe-inspiring and the Mohali crowd got to see him at his lethal best.

Out of his four sixes, his swat over fine leg off a good length ball from Cummins stood out.

India were able to maintain their tempo in the middle overs as Suryakumar picked up leggie Adam Zampa for two successive sixes in the long on and deep midwicket.

Hardik then took over and pushed India past 200. He was quick to punish anything short from the pacers and his pick up shot off Cummins in the 18th over was the highlight of his entertaining knock.

He smashed three consecutive sixes off Green in the 20th over including a flat one in the mid wicket region. The last five overs yielded 67 runs. 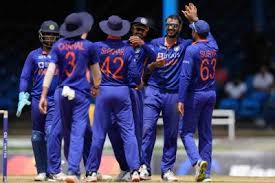 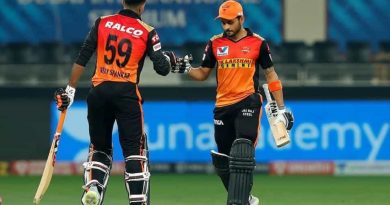 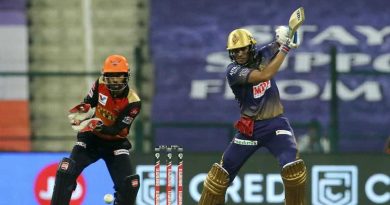