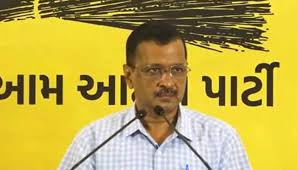 Debjit Mukherjee: Delhi Chief Minister and Aam Aadmi Party convener Arvind Kejriwal on Tuesday alleged that the Bharatiya Janata Party threatened the owners of 13 venues that the Aam Aadmi Party tried to book for a party event in Gujarat’s Vadodara. The AAP chief, who was greeted with chants of ‘Modi, Modi’ upon his arrival at the Vadodara airport, said that the BJP was resorting to “gundagardi” and said that his party would ensure that prohibition is implemented in the state without the menace of illicit liquor.

Speaking to the media ahead of his meeting with teachers and parents in Vadodara, Kejriwal claimed that BJP “threatened” the owners of 13 venues that the AAP planned to book for the party event in the city.

“They called up 13 venues and threatened them… We would pick one venue and immediately a call would follow, directing that AAP should not be allowed to hold a programme… We had to change the venue 13 times,” Kejriwal alleged, adding that the BJP should stop treating AAP as an enemy.

“Let’s be fair. You do your politics, let me do mine. But the BJP is resorting to gundagardi. They have not done this only to me, but to the people of Gujarat. The people of Gujarat are fed up with the BJP’s hooliganism,” Kejriwal said. 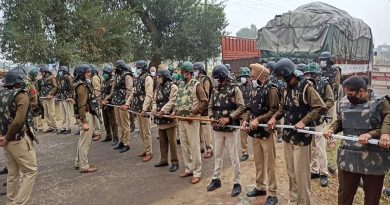 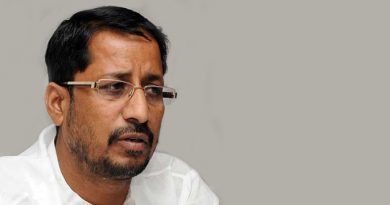 “The party will have to pay the price for the stubborn attitude of the central leadership in the 2022 elections”: BJP leader Anil Joshi

India won’t be able to give jobs to youth