News Desk: Sanju Samson has been named captain of a 16-man India A side, which will play New Zealand A in a series of three one-day matches in Chennai between September 22 and 27. It’s a squad with a fair bit of international experience, with Kuldeep Yadav, Prithvi Shaw, Shardul Thakur and Navdeep Saini, among others, also in the mix.

One of India’s brightest stars at their triumphant Youth World Cup campaign earlier this year, Raj Bawa, has found a place in the squad too. The 19-year old seam-bowling allrounder was named Player of the Match for his 5 for 31 in the final against England and is just starting out on his senior-team career. So far, he has played two Ranji Trophy games for Chandigarh and two IPL games for Punjab Kings. A spot in the A squad, among India internationals, represents a big step up for him.

Samson was last in action for the national team during their ODI series in Zimbabwe in late August, and has for company in the India A side five others from that touring party: Ruturaj Gaikwad, Kuldeep, Shahbaz Ahmed, Thakur and Rahul Tripathi.

Of the others in the line-up, Shaw, Rahul Chahar and Umran Malik have all played for their country in one or more formats, while Srikar Bharat, Abhimanyu Easwaran and Rajat Patidar have been on the fringes, Bharat and Easwaran more for red-ball cricket, and Patidar more as a short-format batter. Kuldeep Sen, the fast bowler, was also on the recent Asia Cup tour with the national team, though as a net bowler.

For a bunch of these players, the call-up to the one-day squad means a transition from red-ball to white-ball cricket: Bharat, Chahar, Abhimanyu, Gaikwad, Kuldeep, Patidar, Tilak Varma and Malik are all in the squad for the ongoing four-day series.

Bad weather, accompanied by poor light conditions, have affected both the completed matches of that series so far, especially the second one in Hubballi, where only 78.5 overs of play was possible over the four days.

In whatever play there has been, Patidar, Abhimanyu, Gaikwad and Varma have shown good form with the bat. Patidar scored 176 in his only innings of the first game, when Abhimanyu scored 132 and Varma 121. Gaikwad, meanwhile, scored 108 in the Indian first innings in the ongoing third four-dayer.

On the bowling front, Mukesh Kumar, the quick bowler, has overshadowed the better-known names, his 5 for 86 in the first game the best individual bowling effort of the series so far. 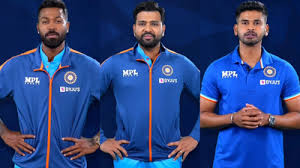 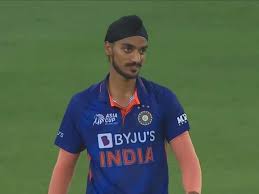