Debjit Mukherjee, North 24 Parganas: West Bengal Chief Minister Mamata Banerjee on Tuesday stalled a programme in North 24 Parganas and pulled up the district magistrate over his failure to bring to the venue the blankets and winter garments she has bought for distribution among locals. Banerjee, in the presence of locals, asked District Magistrate Sharad Dwivedi to make arrangements to bring the garments to the venue at the earliest. Thousands of people had gathered at Hingalganj for the programme, organized for doling out government scheme benefits and caste certificates. “I’ve brought 15,000 winter garments, blankets for locals. Where have you kept them? Bring them to me immediately. I’ll not continue with the programme till you get those I’ll wait here,” Banerjee told Dwivedi. The CM, who is in the district on a two-day visit, also warned the DM, and other officials of stern action for such lapses. “I’m sorry, but I’ll have to take action in case the DM and block development officers don’t carry out their responsibilities properly,” she added. Around 15 minutes later, bunches of shawls were brought to the venue. The CM then announced that she would be distributing 1,000 shawls among local women. Earlier in the day, the CM, who reached here on Tuesday afternoon in a helicopter, offered prayers to local deity ‘Bonobibi’ at a temple here and planted a tree. 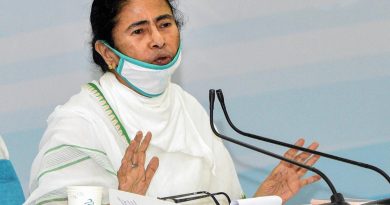 Bengal to hold exams in October

6 BJP workers got injured in a bomb blast; blamed TMC for it