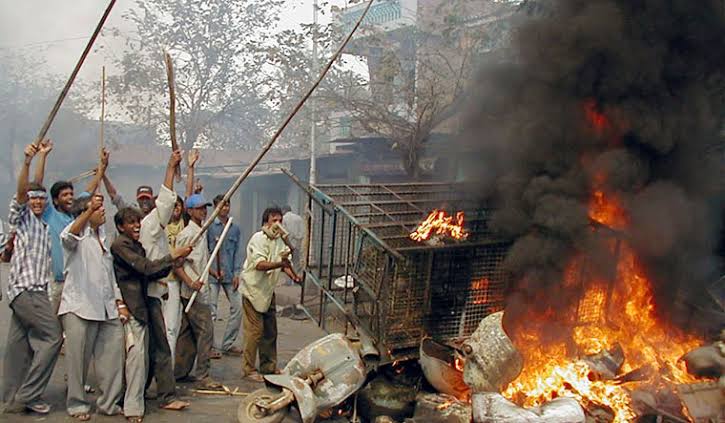 News Desk: India’s top education body that conducts board exams has promised to take action after it found an “inappropriate question” in a Class 12 paper.

The question on the 2002 Gujarat riots asked which party was in power in the state when the killings took place.

One of the questions in Class 12 Sociology Term 1 exam asked, “The unprecedented scale and spread of anti-Muslim violence in Gujarat in 2002 took place under which government?”

The Central Board of Secondary Education, or CBSE, tweeted that it has acknowledged the error.

“A question has been asked in today’s Class 12 Sociology Term 1 exam which is inappropriate and in violation of the CBSE guidelines for external subject experts for setting question papers. CBSE acknowledges the error made and will take strict action against the responsible persons” the CBSE said. “The BJP is the real tukde tukde gang in the country. It has smashed national unity to pieces”: Sukhbir Singh Badal