News Desk: One of the supporters of the accused in the Hathras case, who was seen threatening Bhim Army chief Chandrashekhar Azad in front of police in a viral video, has issued an open threat. On a call, this local leader of an anti-reservation, upper caste outfit said:

“So far I have addressed over 5,000 people at gatherings but if the political leaders don’t stop visiting the Dalit victim’s family, I won’t be able to control my karyakartas or members of the Savarna samaj. Because my followers, my workers, my community is out of control.”

Pankaj Dhavrayya, a former member of the Rashtriya Swayamsevak Sangh (RSS), is the founder of Rashtriya Savarna Sangathan, an anti-reservation upper-caste outfit in Uttar Pradesh. Dhavrayya has been leading huge crowds of people in support of the four Thakurs accused of rape and murder of a 19-year-old Dalit girl.

On 4 October, he posted a video on his own Facebook profile where he can be seen threatening Bhim Army Chief Chandrashekhar Azad who had gone to meet the victim family. In the background, policemen can be seen standing as bystanders even as he issued threats.

In the video, he can be heard saying:
“Does he not trust the CBI or the SIT? Does he not have faith in the law? Meet us once, we will make you have faith. The kind of politics that you are doing…Dhavrayya will ensure you have faith (in law). Come here, your elder brother wants to meet you.”

He said, “If I had to threaten him, I have hundreds of people who could have beaten him up inside the village. Who would have stopped us, tell me? I also don’t want any violence but if politicians are not stopped, then violence will happen. I will then point at the police administration too. Then I will also not stop my karyakartas.”

“I have addressed 12 sabhas of 5,000 people each. If I give them one go ahead, there won’t be any delay for violence to break out.”

Police said “Anyone who tries to create a gulf between communities and disrupt peace will be punished. It does not matter which caste the person belongs to.”

On 6 October, an FIR was filed against Dhavrayya under IPC Sections 188 (Disobedience to order duly promulgated by public servant) and 506 (criminal intimidation).

So far, 19 FIRs have been filed related to the case against “unknown” people with charges of sedition and conspiracy.

“I am a Brahmin yet I am fighting for justice for Thakurs. Caste does not matter, but the truth should come out.”

Pankaj Dhavrayya, a resident of Hathras, said his ‘Rashtriya Savarna Sangathan’ is spread across 22 districts of Uttar Pradesh. As per his Facebook profile, he was a former member of the Rashtriya Swayamsevak Sangh (RSS) and left the right-wing organisation in 2016. “I split from the RSS after I protested against the BJP over their stand on the SC/ST act and reservation. That is an old tale,” he said.

“My main motive is campaigning against reservation and SC/ST Act. I stand for all Savarnas. For me ‘savarna’ means anyone who believes in his own hard work and does not depend on anyone.”

“Running this organisation is my only job right now. I go to difference places to help people from any caste groups,” Pankaj said.

Dhavrayya said he has been prohibited by the police to hold any further gatherings over the Hathras case.

How effective Rahul Gandhi’s ‘Kheti Bachao Andolan’ will be? 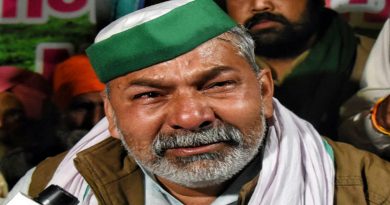 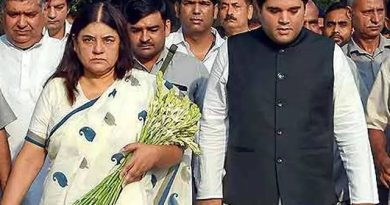