Arju Khatun, News Desk: The first time I heard about Biryani in Eid was when I went to Kolkata. All of my Hindu landlords who are otherwise quite hesitant towards Muslim tenets, would invariably share their story of one Muslim friend from school in whose home they would be eating biriyani (chicken) and simay in Eid-ul-fitr. The daughter of my current landowner asked me this Eid to treat her with home-made biriyani. As much as I was happy to see her enthusiasm for food from my home, I didn’t quite get the hype over Biriyani made in Eid. Moreover in our house we never make Biriyani in Eid, for as long as I remember. Recently around Eid, I came across some posts on Facebook with the caption, “Tag your Muslim friends and ask for Biriyani treat” with a photo of a plate of biriyani and chicken. (Only the liberal atheists generally ask for beef from their Muslim friends and often with such overt excitement that it almost makes the situation artificial). It has entered public understanding that the Muslims make better Biriyani with lots of different maslas and attar. This exotic image of biriyani by the Muslims is rather new and it has been composed through the digital marketing, at least outside Kolkata in West Bengal. Let me give example from our home.

We and also our neighbourhood have always made chaal’r ruti, ghugni, kheer/payesh, and beef/chicken on the day of Eid. Mutton too was not common until recently as it became pricey. The mutton however is mostly bought from locals at a cheaper price than the market value. To make biriyani at the day of Eid is quite difficult. The dishes are usually prepared before namaz, which means the process of cooking has to be completed before 7/8 am. After namaz the women usually prefer to rest and visit the neighbours. And of course the men would go on to roam around. For the women it is quite hectic to prepare and cook biriyani at the dawn of the day of festivity. But more importantly majority of them don’t know how to cook biriyani. As for my family, my mother, aunts, grandmothers and the male members who can cook, don’t know the recipe of biriyani having never made it in their lifetime. I remember one of my distant mami, who after learning it from her sister-in-law in Mumbai made biriyani for the first time in our house and it was like a grand feast that day in our household. After her, my elder sister learned to cook biriyani. My grandmother could never digest the heavy amount of spices, even though she would eat mangoes and jackfruits together with milk. The spices of biriyani were just not in symmetry with her digestive organs. My father, although has visited many places and claims to have tasted authentic biriyani, still he cannot have biriyani as comfort food. It’s the generation of ours who introduced biriyani to them. In the last four to five years the culture of biriyani has been growing in our neighbourhood. As a para of farmers and low income earners high priced biriyani at restaurants was a distant dream. But when the generation of ours started to go to other countries as labours, mostly to the Middle East countries, they developed their taste for biriyani. Gradually the muffasil towns like Berhampore started to sell biriyani at a cheaper price and at roadside stall from a big handi, eighty rupees for a plate of chicken biriyani, attracting people towards biriyani with affordability. On the other hand the growing availability of smartphones and mobile data in almost every household opened the world of YouTube before them. Social media has been advertising that you too can make this fetishized dish in your home. Before biriyani was introduced to our family diet, we hardly used jayitri and jaifol in our cooking and the new learners even don’t recognize the spices and often getting confused between the two. Thus, biriyani in Bengali Muslim households is quite a new phenomenon mostly as an effect of neo-liberal economic growth and digital networks. Biriyani, at least in the mufassils of Bengal has nothing to do with the religion. By making biriyani synonymous with the Muslims the bangali cultural sense has been denied among the Muslims. The Bengali Muslims (henceforth BMs) outside of Kolkata have a very different and unique culture in its own right. The caption “tag your Muslim friend” erases the bangali-ness of the addressed. With the term “Muslim” the collective consciousness (miss)-identifies the Muslim inhabitants of Bengal with the Mughal culture and with the Muslims of north regions. This practice of identifying the Muslims with biriyani and thereby with the non-Bengali culture and history makes the BMs external to the Bengali (and in a larger sense Indian) history. This way the otherisation of the BMs perpetuates. The dishes that they cook in Eid have emerged with historical time and availability of resources. It could be a result of the hybrid culture among Bengali Hindus and Bengali Muslims, but analysing this practice only in terms of that would narrow down the rather complicated and intriguing history of the Bengali Muslims. 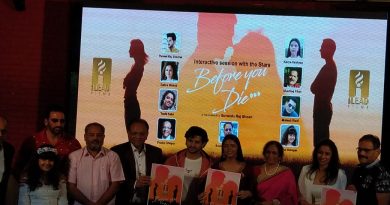 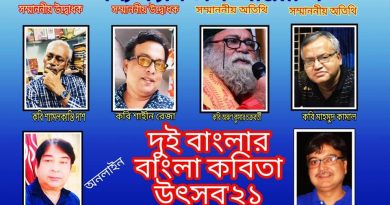 Online Bangla Poetry Festival of Two Bengalis on Another Canvas, 2021 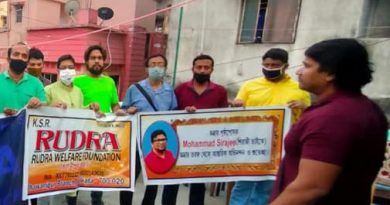 Branch opened at Bhawanipore for fighting for rights of men