News Desk: Actor Rhea Chakraborty has filed an affidavit with the Supreme Court, complaining against media reports that have “blown out of proportion” ongoing investigations into Sushant Singh Rajput’s death. Ms Chakraborty, who has been accused by Mr Rajput’s family of involvement in his death, claimed the media had “already convicted” her.

She also said she feared becoming a “scapegoat of political agendas” and asked the court to protect her against “extreme trauma and infringement of privacy”.

“The issue is blown out of proportion in (the) media. Media channels are examining and cross-examining all the witnesses in the case. Petitioner has already been convicted by the media even before foul play in the death of Sushant Singh Rajput is established,” Ms Chakraborty’s affidavit read.

The affidavit pointed out that in two other high-profile cases – the 2G scam and the Talwar murder case – “media had convicted the accused… each and every accused was later on found innocent by the courts”.

Ms Chakraborty also opposed the CBI probe in this case, pointing out that since the alleged crime happened in Maharashtra the central agency, which has been invited by Bihar Chief Minister Nitish Kumar, had no jurisdiction.

A CBI probe can only be initiated by the state government within which the alleged crime happened or if it is assigned the case by the High Court or Supreme Court. Neither has happened in this case, so far; the Maharashtra government has refused to call the CBI in at this stage.

Nevertheless, based on Nitish Kumar’s recommendation and the centre’s backing, the CBI has filed a case against Ms Chakraborty and five others and will start investigations pending the top court’s ruling on her petition.

Ms Chakraborty, who had earlier appealed to Union Home Minister Amit Shah for a CBI probe, later described the agency’s involvement as “totally illegal and beyond any known legal principles”.

The actor, who was today questioned by the Enforcement Directorate over an alleged money laundering case linked to the death of Mr Rajput, also pointed out that such inquiries “never see the light of day” and reiterated questions over the jurisdiction of the two central agencies involved in this case.

“Investigations into financial scams of thousands of crores by Enforcement Directorate and CBI never see the light of day and, at the drop of a hat, cases get registered even without jurisdiction…” her affidavit read.

While the ED is looking into the alleged money laundering angle, the CBI has taken over the probe into the death of the actor. An elite unit of the CBI – which is also handling the Vijay Mallya case – has been assigned to this case.

The top court is currently hearing Ms Chakraborty’s petition seeking transfer of the police case filed against her by Mr Rajput’s father from Patna to Mumbai.

Mr Rajput was found dead at his Mumbai residence on June 14.

Mumbai police, who have said there is no evidence as yet to suggest Ms Chakraborty was involved in Mr Rajput’s death, ruled it a suicide. The cops also said Mr Rajput was bipolar and taking medication for that condition.

Ms Chakraborty has repeatedly maintained her innocence in this matter; on Saturday she released two photographs – of a water bottle and a note she said had been written by Mr Rajput. She said these were the “only property” of the late actor that she had in her possession. 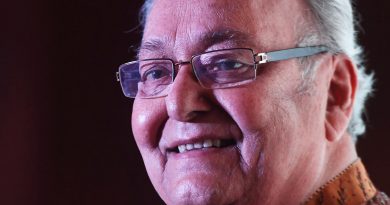 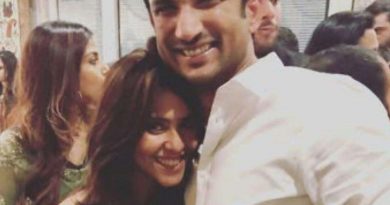