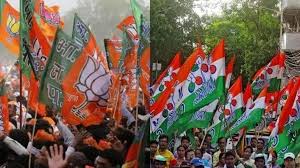 News Desk: The TMC alleged that their party workers and supporters were attacked and prevented from casting their votes. They also claimed that at least 20 EVM had malfunctioned in Agartala during the beginning of the elections.

In addition, the TMC also claimed that all polling agents were thrown out from Agartala Municipal Corporation (AMC) ward number 21, while “BJP goons” were not letting voters enter the booth in ward number 41.

TMC’s Subal Bhowmik said “Residences of several TMC candidates were attacked last night and attempts were made to set their houses on fire. At least five party workers have been attacked and our supporters have been prevented from casting their votes. Police are standing as a silent spectator to these incidents”

“Law and order in Tripura has collapsed. The BJP has mocked the entire election process and sheltered goons for their political ends. But they will have to face the electorate in the future. We will mobilise people against this anti-people party and its leaders who have mocked democracy in the state” he added.

Cops adding taweez angle to the video of an old man beaten, beard being chopped off and forced to chant Jai Shree Ram 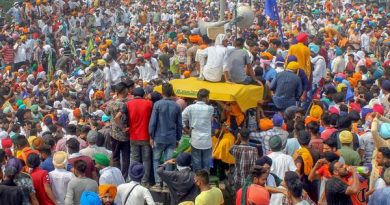 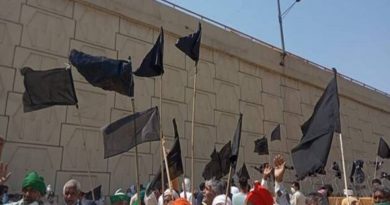 Farmers Protest: BJP cancelled its programme in Karnal district due to farmers protest