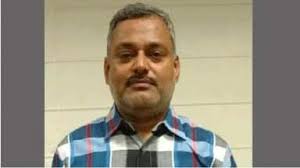 News Desk: The death of Uttar Pradesh gangster Vikas Dubey while he was in the custody of the state police was not a “fake encounter”, the UP Police have told the Supreme Court. The UP Police in an affidavit said “the state authorities acted as per law and Supreme Court guidelines”.

Vikas Dubey was shot dead while trying to escape after a car accident, the UP Police had announced on July 10, a day after his dramatic arrest in Madhya Pradesh. Vikas Dubey snatched the gun of a policeman and opened fire, the police said, asserting that they had tried to catch him alive.

“Vikas Dubey’s killing is not a fake encounter. His case cannot be compared with the Telangana encounter. While Telangana didn’t order a judicial commission, the UP government has done so,” the Director General of UP Police said in an affidavit.

“The state authorities acted as per law and Supreme Court guidelines. More facts will be filed later if time is given,” he said. The commission of inquiry into the Vikas Dubey case is headed by a retired high court judge.

The UP Police said the Vikas Dubey case was different from the “Telangana encounter” as in the latter the accused were not “hardened criminals” but Vikas Dubey had 64 cases against him.

Four men accused in the gang-rape and murder of a young veterinarian in Telangana were shot dead on December 6 last year by the police, who claimed they had snatched their weapons and fired at them during investigations at the spot where the woman’s body was found. The deaths had drawn allegations of the police killing the gang-rape accused in cold-blood and bypassing the rule of law.

The UP Police said they have “material evidence” to show that the vehicle in which Vikas Dubey was travelling met with an accident, unlike the Telangana case where the accused were taken to the site of the crime and the only evidence is the police’s word.

“Telangana didn’t order a magistrate enquiry or judicial commission. Whereas UP has constituted a commission of enquiry and a Special Investigation Team,” the UP DGP said in the affidavit.

The police said Vikas Dubey was shuffled between vehicles for “security reasons”. He was not handcuffed as there were 15 policemen and three vehicles in the convoy. The affidavit said no media vehicle was stopped anywhere on the route; however, reports have said they were not allowed to proceed beyond a point. It also claimed there were skid marks at the accident site.

The Supreme Court will hear on Monday petitions to transfer the case to the Central Bureau of Investigation or the National Investigation Agency and for the top court to monitor the probe.

On the run since he organised the massacre of policemen at his village in Kanpur two week ago, Vikas Dubey was arrested on July 9 at the famous Mahakal temple in Ujjain, Madhya Pradesh. The manner of his arrest at a very public place and far from UP led to speculation that he had turned himself in at a time and place of his choosing.

Five of Vikas Dubey’s aides had been killed in the days before his capture. Two of them were shot dead in encounters just hours before his arrest.

On July 3, a large team of policemen who went to Vikas Dubey’s Bikru village to arrest him in an attempted murder case was caught by surprise when there was indiscriminate firing from rooftops. Eight policemen were killed in the ambush set up after the gangster was tipped off by a local police inspector. Vikas Dubey escaped with many of his men after the massacre. 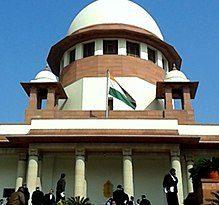