News Desk: Bharatiya Kisan Union (BKU) leader Rakesh Tikait, who has been spearheading the ongoing farmers’ protest, was once employed with the Delhi Police as Sub Inspector.

Rakesh Tikait is the son of farmer leader Mahendra Singh Tikait and inherited his legacy on farmers’-related issues after his demise. Like his father Mahendra Singh Tikait, who along with former Prime Minister Chaudhary Charan Singh, was the tallest leader of the farmers during his time, Rakesh Tikat also wields considerable clout in western Uttar Pradesh.

Mahendra Singh Tikait is believed to have enjoyed massive support among the farmers and had the charisma to shake the political corridors of power in Delhi over farmers’ issues.

The Foundation of BKU

The foundation of the Bharatiya Kisan Union (BKU)was laid in 1987 when the farmers organized a big movement under the leadership of Mahendra Singh Tikait in Karmukheri in Shamli district. During this movement, two farmers – Jaipal and Akbar – were killed by police firing.

It was only after that incident that the BKU was formed and Chaudhary Mahendra Singh Tikait was made its president. After this, Mahendra Tikait continued to fight for the rights of the farmers all throughout his life and established himself as the “messiah of farmers’’

Mahendra Singh Tikait was the National President of the Indian Farmers Union for a long time and, after his demise, the baton was passed on to his eldest son Naresh as the outfit’s chief and his second son Rakesh as its national spokesperson.

At number three is Surendra Tikait, who works as a manager in a sugar mill in Meerut. At the same time, the youngest son Narendra Tikait works in agriculture.
Sector.

During those days, there was enormous political pressure on Rakesh Tikait to convince his father to call off his stir. Caught with no choice, Rakesh Tikait quit his job with Delhi Police and stood with the farmers.

Since then, he has been championing the farmers’ issues and become an integral part of the farmers’ movement in the country. Rakesh Singh Tikait was born on 4 June 1969 in Sisauli village of Muzaffarnagar district. He did his MA from Meerut University and then LLB after that.

Rakesh Tikait was married to Sunita Devi of Dadri village in Baghpat district in the year 1985. He has a son Charan Singh and two daughters, Seema and Jyoti. All his children are married.

Although Naresh Tikait may have become the President of the BKU, practically the reins of the outfit lie in the hands of Rakesh Tikait, who takes all important decisions in consultation with his elder brother. 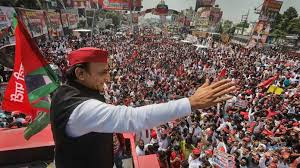 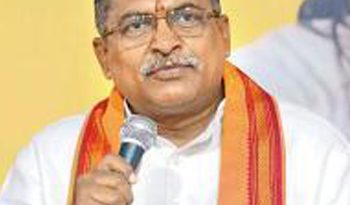 “When we talk about population control, the dominance of the Hindu society must remain intact in the country”: VHP General Secretary Milind Parande