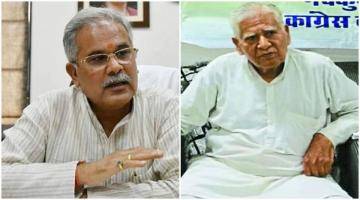 News Desk: Chhattisgarh Chief Minister Bhupesh Baghel’s father Nand Kumar Baghel was arrested and sent to 15 days in custody by a court in Raipur for allegedly making derogatory remarks against the Brahmin community.

After his father was charged for the comments, the Chief Minister stressed that for his government, no one was above the law.

“Nobody is above the law in my government, even if he is the Chief Minister’s 86-year-old father. As Chief Minister, I have the responsibility to maintain harmony among different communities. If he made a remark against a community, I am sorry. Legal action will be taken” Bhupesh Baghel told reporters on Sunday.

“Everyone knows about my ideological differences with my father. Our political thoughts and beliefs are different. I respect him as his son, but as Chief Minister, I cannot forgive him for such mistakes which disturb public order”

Mr Baghel also underlined that the Chhattisgarh government “respects every religion, caste and community and their sentiment”, and gives equal importance to everyone.

He tweeted later: “As a son, I respect my father, but as a Chief Minister, none of his mistakes can be overlooked which disturbs the public order”

Mr Baghel’s father, on his recent visit to Uttar Pradesh, had controversially called for a “boycott” of Brahmins and, describing them as foreigners, had urged people not to let them into their village.

“Brahmins will be sent from the River Ganga to Volga. They are foreigners. They consider us untouchables and are snatching all our rights. I will urge villagers to not let Brahmins enter their village” Nand Kumar Baghel had said.

For Mr Baghel, the family drama comes days after he apparently triumphed over his minister and in-house rival TK Singh Deo, who had laid claim to his job saying he had been assured of a rotational arrangement for Chief Ministership. Mr Baghel’s half term was done, Mr Singh Deo had asserted.

But as the Chief Minister paraded MLAs on his side, Rahul Gandhi reportedly told Mr Baghel he would keep his job. 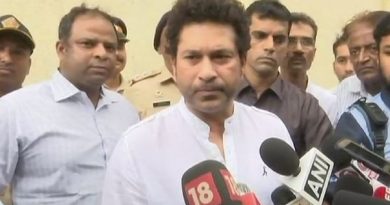 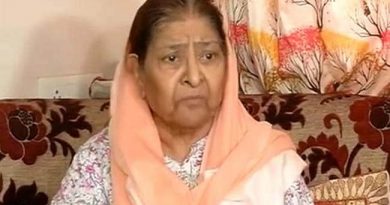 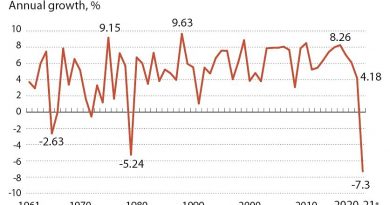