News Desk: Leaders and workers of the Haryana Congress staged demonstrations in the state to protest the lathi charge on farmers in Karnal.

State president Kumari Selja led the demonstration. “BJP and JJP’s policies has been exposed time and again for ignoring the interests of farmers. Karnal incident is the latest example of the BJP-JJP’s insensitivity towards the farming community” she said.

“We submitted a memorandum to the Governor, seeking action against the officials involved in it. We also requested him not to give his assent to the new Land Acquisition Bill passed in the Monsoon session and send it back to the Haryana Legislative Assembly for reconsideration under Article 200 of the Constitution. This Bill is anti-farmer, anti-poor and undemocratic” she added.

She also said “NHRC sought a report within four weeks from the Deputy Commissioner and Superintendent of Police of Karnal. This move is a welcome one. I am hopeful that this step will pave the way for justice to the farmers. I believe that the administration will submit the report to the NHRC after conducting a fair investigation and strict action will be taken against the guilty with immediate effect”

Lathi charge on farmers at Karnal

On 28th August, farmers were charged down by the police after they tried to stop state BJP chief OP Dhankar’s convoy.

Mr Dhankar was going to the state-level meet of BJP leaders and elected reps in Karnal. As his convoy exited the Bastara toll plaza (between Karnal and Panipat), farmers allegedly hit the cars with sticks. Reports said the farmers tried to reach that meeting, which was being held about 30 kilometres away.

The police responded with a lathi charge that left several farmers injured; videos circulating on social media showed many people with bloody shirts and bandages.

“Many farmers were injured after police brutally lathi charged them without provocation. Some could be seen with blood all over their clothes” said Haryana Bhartiya Kisan Union chief Gurnam Singh Chaduni.

The police, however, said only mild force was used as protesters were affecting traffic.

The Samyukt Kisan Morcha – the umbrella body under which many farmer groups have united to protest the farm laws – slammed the police for their “brutal” actions. 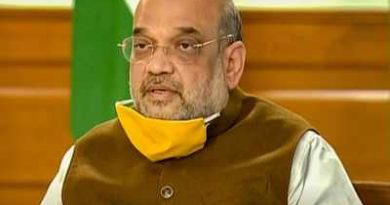 “Modi govt is committed towards the freedom of Press and strongly oppose those who throttle it”: Amit Shah