News Desk: India captain Rohit Sharma sustained a powerful blow on his forearm during an optional training session on Tuesday, leaving the team with a massive injury scare ahead of its T20 World Cup semi-final against England.

Rohit was undergoing usual practice drills as he faced team’s throwdown expert S Raghu at the Adelaide Oval when a short ball jumped off the length area and hit his right forearm.

The captain, who was attempting a pull shot and missed the ball, was visibly in pain and left the session immediately.

A big ice pack was tied to his right arm. He looked desolate and in considerable pain while watching the training session from a distance, sitting on an ice box.

Mental conditioning coach Paddy Upton was seen talking to him for a considerable amount of time.

After applying ice pack and taking some rest, Rohit resumed his training but throwdown experts were told not to go full throttle as he mostly played defensive shots to check if his movements were okay. 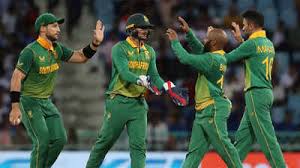