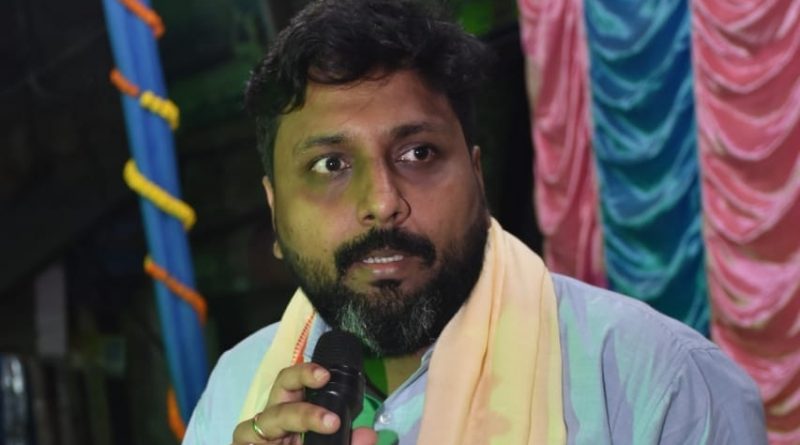 The police said they suspect Shukla’s killing was a “murder for revenge”. An official added, “Two have been arrested, investigation is on. Motive seems to be a personal rivalry or revenge, however it’s too early to say anything.”

Thepolice said Shukla’s name figures in 16 criminal cases, including cases of murder and attempted murder. Several of these were pending. A few years ago, the BJP leader’s name had cropped up when Khurram’s father was killed.

The arrests were made after an FIR was filed on the basis of a complaint lodged by the BJP leader’s father Chandra Mani Shukla. The FIR names seven people, including Trinamool Congress leaders Prasanta Chowdhury and Uttam Das.

While Chowdhury is the Titagarh municipality chairperson, Das is the chairperson of Barrackpore municipality.
“Since yesterday, Arjun Singh has been saying a lot of things. I am not shocked that they have named me and chairman Prasanta Chowdhury in the FIR. We have organised many rallies and blood donation camps in the past where 6,000 to 10,00 people gathered. Our popularity might be the reason behind such allegations.”

The accused have been charged under IPC sections 302 (murder), 201 (causing disappearance of evidence of offence), 120B (criminal conspiracy), and 34 (acts done by several persons in furtherance of common intention), and the Arms Act.

Meanwhile, the primary autopsy revealed that bullets hit Shukla seven times in the face and chest. The seven bullets, all fired from a 7mm firearm, were found lodged in his body, said a source.

BJP MP Arjun Singh has claimed that Shukla was killed with 9mm carbine guns. On Tuesday, he responded to state minister Firhad Hakim’s insinuations about a conspiracy within the saffron party to eliminate Shukla.

“All eyewitnesses have revealed that in a few seconds they fired 12-17 rounds. At least 9mm carbine guns were used. It took them [police] six hours to do post-mortem. Also those who are indicating my involvement in the case, I would like to tell them we don’t kill our brothers and family. We are not Mughals. Those who are saying such things belong to Mughals,” said the Barrackpore MP.

On Monday, Hakim pointed out that both Shukla and Arjun Singh were travelling in the same car, and asked why the MP “abandoned” his aide “all of a sudden” after receiving a call from national general secretary Kailash Vijayvargiya.

“I knew Manish Shukla…Shukla was not happy in BJP and wanted to return to TMC. He had confided this to his close aides. He had been sending feelers to our leadership for the last few months.We don’t know, maybe he was killed because he wanted to return to the TMC. Criminals in West Bengal do not use these kinds of weapons. Some criminals had come to the state from outside to give protection and support to Arjun Singh during Lok Sabha polls. Were these criminals brought from outside this time? Both Shukla and Arjun Singh were travelling in the same car yesterday. Why did Arjun Singh abandon Shukla all of a sudden after receiving a call from Kailash Vijayvargiya? Why did he come to Kolkata leaving Shukla? Why were Shukla’s bodyguards not present with him yesterday? There are a lot of questions that need to be answered. Is this not a conspiracy? Only investigation will bring out the truth,” Hakim said

Shukla was chatting at a tea stall near a makeshift BJP office near Titagarh police station when, around 8.30 pm, the masked gunmen on bikes arrived and shot him.

Shukla was with the CPI(M) before joining the TMC in 2009. He became a Titagarh Municipality councillor in 2015. Following Singh’s victory in the 2019 Lok Sabha polls, Shukla defected to the saffron party. Since then, he was known to be the force behind the BJP’s rise in Titagarh. 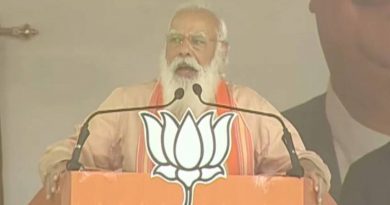 “But had we asked the Hindus to unite and vote for BJP, we would have got eight or ten notices from the Election Commission”: Prime Minister Narendra Modi 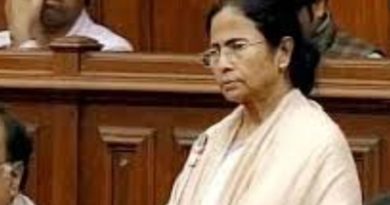