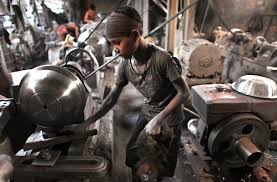 News Desk: The Uttar Pradesh police on Thursday rescued nine West Bengal children being made to work as labourers in three carpet factories in Bhadohi, an official said.

All the children, hailing from Malda in West Bengal and falling in the age group of nine to 14 years, were rescued following a series of joint raids by local police and UP’s Labour Department officials, he said.

The factory owners fled during the raid, Maurya said, adding the children’s statements have been recorded.

The children will be sent for medical examination on Friday, Maurya said, adding a case is being registered against the carpet factory owners. “Sending of summons to the minister’s son is a formality”: Akhilesh Yadav The anger against “Godi Media” has spilled over onto social media