News Desk: Jubilee Hills police, on Tuesday, took 58 activists of Bajrang Dal and VHP into preventive custody for staging a protest against shifting of Hanuman idol from a private property at Film Nagar.

What was the protest all about?

A police told the entire story.

“A private firm had purchased land from the government in Film Nagar near Rama Naidu studios. There was a Hanuman temple atop a hillock in the property and the owners recently shifted the idol to another place in the property.

Now these people demanded the Hanuman idol to be restored in the old place and a temple should be built. Bajrang Dal state convener Subhash Chander and VHP state president M Rama Raju staged a protest at the property”

Jubilee Hills inspector S Rajasekhar Reddy said “We have taken 58 Bajrang Dal and VHP workers into preventive custody under Section 151 of the CrPC. All of them would be released later on personal bonds”

Farmers Protest: 500 farmers to participate in a peaceful tractor march to Parliament everyday from November 29 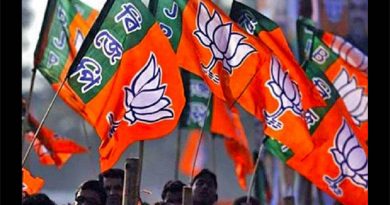