News Desk: The Ministry of Home Affairs (MHA) on Tuesday began tripartite talks with Gorkha representatives from the Darjeeling hills, and the Terai and Dooars regions, and the Government of West Bengal.

The MHA said in a statement that “the talks aimed at resolving the issues related to the Gorkhas”, and are chaired by Home Minister Amit Shah. The Gorkha delegation was led by the Bharatiya Janata Party (BJP) MP from Darjeeling, Raju Bista, who highlighted various issues concerning the Gorkhas and the region.

Mr. Bista said that Mr. Shah heard their demands and asked them to come up with practical solutions under the framework of the Constitution in the next meeting that’s expected to be held in November.

When asked if the delegation comprising BJP legislators and alliance partners raised the demand for Gorkhaland, Mr. Bista said “It is a 100-year-old demand. We specifically mentioned though that this meeting is not about the Gorkhaland Territorial Administration, which is an unconstitutional body, where the members are chosen arbitrarily by the Mamata Banerjee government. We presented our demands, now they will hear the West Bengal government in the next meeting”

The GTA is the regional autonomous body formed as a result of the tripartite agreement between the State, Centre and the Gorkha Janmukti Morcha (GJM) in 2011.

Large-scale violence was reported in West Bengal’s Darjeeling and nearby areas controlled by the GTA in June 2017, claiming the lives of 11 persons.

Mr. Bista added that the BJP had never said it would agree to Gorkhaland but has always maintained that it will look for a political situation.

“The Home Minister said that he has heard our demand and next they will call the West Bengal government. He also asked us to come prepared with some more options and practical solutions under the Constitution for the next meeting” said Mr. Bista.

The Chief Secretary of West Bengal did not appear for the meeting. The State was represented by Krishna Gupta, Principal Resident Commissioner in Delhi.

When asked why non-BJP parties were not called for the meeting, Mr. Bista said, “The West Bengal government will anyway present their side in the next meeting” adding this was the first occasion when formal tripartite talks on the Gorkha issue had been called.

“The Union Home Minister listened to all the parties concerned and has decided to call for the second round of talks in the presence of the senior officials of the Government of West Bengal in November. The West Bengal Government has been specifically asked to send their senior officials for the next round of talks” the MHA said. The all-round development and prosperity of the Darjeeling hills, Terai and Dooars region is the top-most priority of the Modi Government, the statement added. 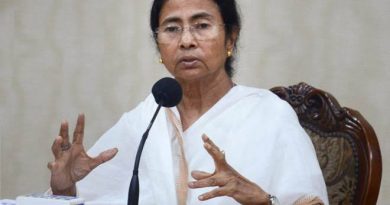 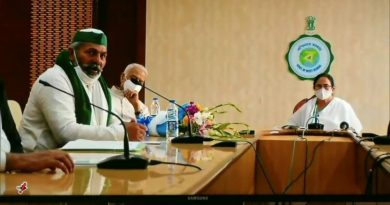 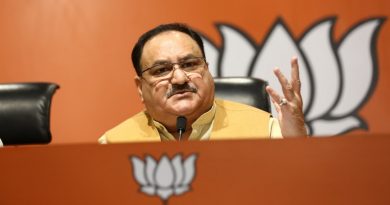