News Desk: Author Sanjaya Baru explained how Indian media elite was used by PM Modi for his own advantage.

Do media’s close links with politicians give it clout or deprive it of credibility? It would appear that almost every media group makes a trade-off between the two – sacrificing some credibility for either money or power. Indeed, with money comes power, and with proximity to power comes money. The continuing success of the unabashedly partisan, pro-Modi Republic TV is proof. RTV’s idiosyncratic anchor, Arnab Goswami, is a thorough professional and a personally amiable fellow.

However, when the camera is turned on he becomes an actor, not a professional reporter of news. His viewers, the mainly urban middle-class Hindus who enthusiastically support Modi, lap up all the histrionics on display. Arnab has come to symbolise the headiness of power that the media is capable of conferring on a normal professional.

In the age of private, corporatised television, anchors are not mere journalists; they become brands. Some have even become proprietors. Prannoy Roy set the trend turning from TV anchor to NDTV proprietor. Rajat Sharma and Arnab Goswami have walked in his footsteps.

Print media, too, has had its entrants to the world of the power elite. Journalists have entered the corridors of power, joining political parties, becoming members of Parliament and ministers at the Centre and in the states. Then there are the journalists who have graduated into becoming entrepreneurs – successful editors using either their professional position or their political and business contacts to mobilise funds and become owners of media.

The heady mix of media reach, political access and personal wealth has enabled professional journalists to enter the ranks of the power elite.

Within less than a decade of launching his Republic TV Arnab Goswami has entered the IIFL Hurun Rich List 2020 with his wealth estimated to be Rs 1300 crore, in the same wealth bracket as KK Birla’s daughter, Shobhana Bharatiya, the media baroness who owns the venerable daily Hindustan Times.

The TV anchor’s brand and the proprietor’s wealth have enabled journalists to own fancy homes in South Delhi, a pricey flat in South Mumbai, farmhouses and getaway homes in the foothills of the Himalayas or in Goa, holidays in Tuscany. The journalists of the pre-Emergency era could never dream of such a lifestyle.

Despite the tremendous growth in media, print and electronic, and the growing wealth and power of its owners and editors, there is a fundamental shift that has taken place with politicians either owning or controlling media more directly. The growing assertion of state power in many states and at the Centre under Modi has forced media to become either more subdued or more partisan, with some honourable exceptions.

A quarter century ago when Samir Jain claimed his was “the” establishment, the sentiment may well have found resonance in the minds of many owner-editors like Arun Poorie, Ramoji Rao, N.Ram, Aveek Sarkar and editor-owners of dominant Indian-language dailies in different provinces. Wealth and power combined to contribute to that feeling of mainstream, traditional media. With the dispersal of media power through the growth of social media and the assertion of state power by authoritarian governments, few in the media would today make Jain’s grandiloquent claim.

Like many political functionaries, especially provincial leaders, Narendra Modi found himself on the margins of this media “high society” till his elevation to the office of chief minister of Gujarat. In this office, and as a former party spokesperson with contacts in the national media, he could have encashed many media IOUs. However, the events in Gujarat in 2002 and the national media’s criticism of his handling of the situation ruptured that relationship.

The fact that many BJP leaders in Delhi were also critical of Modi’s handling of the Hindu-Muslim tension in Gujarat, and Prime Minister Atal Bihari Vajpayee’s reported statement that Modi had not adhered to “raja dharma” – a ruler’s code of conduct – encouraged many in the national media to be even more critical of Modi than they may have normally been. Communal clashes were not new to India. Many Congress chief ministers had presided over equally dastardly events in their states and had not been as severely criticised for it as Modi was.

Modi was particularly incensed with a few Delhi-based journalists including Shekhar Gupta, Rajdeep Sardesai and Karan Thapar. While Thapar had a close social connection to the Nehru-Gandhi family and, with his bow tie and British accent, may have typified an elitism that Modi disliked, the other two were viewed by the BJP as being close to Sonia Gandhi and other non-BJP politicians.

It was understandable that during the election campaign of 2014 Modi and the BJP may have wished to undermine the influence of these journalists with their audience. However, by launching a sustained campaign against what he dubbed as “Lutyens’ media”, Modi and his media strategists exaggerated the power and influence of Delhi’s English-language media even as they sought to marginalise their influence.

Their strategy was direct marketing of Modi through social media. Modi became the first politician to bypass mainstream media and deploy social media in his campaign to form a government in Delhi. It worked.

Once in office, becoming the first PM in three decades to secure an absolute majority in the Lok Sabha, Modi could have reached out to the power elite of the national media. He chose not to. As in his campaign mode so too as head of government, Modi opted for social media to communicate with his supporters.

Using social media to retain a direct link to the people is good political strategy, but to have shunned New Delhi’s mainstream media was misplaced pique. As media adviser to the prime minister, though at a time when social media had not become so pervasive, I found that a dominant segment of the national media could easily be persuaded to be supportive of the PM given that many in the media value access to power and privileged information.

I had categorised Delhi’s media into four groups: (a) the pure professional (b) pro-government (c) pro-opposition and (d) the corrupt. With the exception of the politically or ideologically committed journalist of category (c), one could ensure adequately favourable media coverage for the PM from the other three.

For his own reasons, Modi and his media strategists not only chose not to seek the support of (a), (c) and (d), but sought to convert as many journalists as they could to join category (b). While their focus was mainly the Hindi media, in the English media they seemed satisfied with purely partisan journalism on the part of the likes of Republic TV, Times Now and India TV.

In the process, though, Modi has sought to obliterate the power of media. His critics, with few exceptions, are corralled within the English-language media. In Indian-language mass media, especially the Hindi-language media, he has ensured overwhelming support.

Media’s power in a democracy derives from its status as the “fourth estate”. To play this role, media needs to be independent of political power and willing to speak truth to power. The kind of power this route offers to media is very different from the kind of power that proximity to political and corporate power offers. The battle within media is a constant struggle between these two paths to power.

Professional journalists live and die by the power of their byline. Social media dissolves this power by devaluing bylines to the point of ridicule. In the era of fake news, paid news and openly partisan news, the power of professional media is under serious threat. 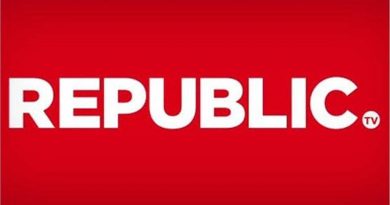 ABVP young men thought they were doing a patriotic duty