News Desk: Chief Minister Mamata Banerjee said today that the COVID-19 crisis in the country was the result of the Centre “not doing any work” in the last six months as Union ministers and leaders were visiting Bengal daily to “capture” it.

Mamata Banerjee was speaking in the Bengal Assembly after Trinamool MLA Biman Bandyopadhyay was elected the Speaker for the third time.

Warning of stern action against communal incitements, the Chief Minister claimed the BJP was provoking violence after failing to win the elections.

“Now, they cannot accept the mandate of the people and are trying to incite violence by posting fake videos,” she claimed.

She directed the administration to take stern action against those trying to provoke violence and communal tensions.

Mamata Banerjee alleged that personnel of the central forces were in the state during the elections without undergoing RT-PCR Covid tests, resulting in the spread of the infection.

The Chief Minister claimed that the Centre “did no work” in the last six months.

“To set up a double-engine government in Bengal, they have pushed India to the brink of destruction. Last six months, the central government did no work and they were all here daily to capture Bengal,” she said.

A host of Union ministers and chief ministers of BJP-ruled states, besides the party’s top leadership were canvassing West Bengal in run-up to the just-concluded assembly elections.

Mamata Banerjee reiterated the demand for universal vaccination, stating that it should have been the priority of the Centre, instead the government is spending ₹ 50,000 crore on the new Parliament building, PM’s residence and statues, among others. 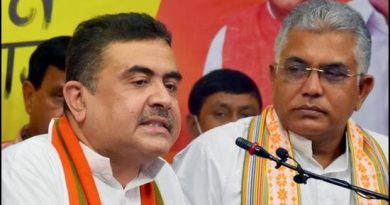