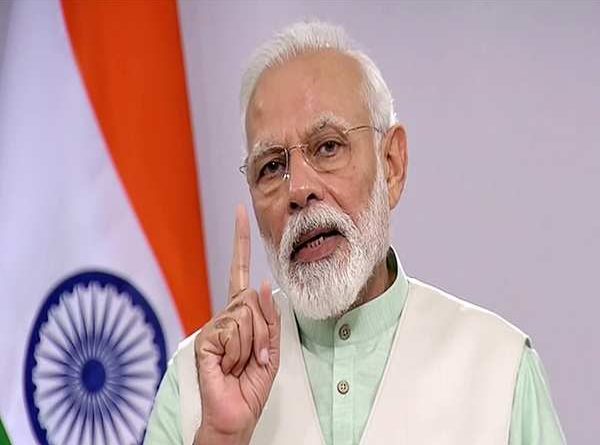 News Desk: Prime Minister Narendra Modi, addressing Bengal’s Visva-Bharati University on its centenary day on Thursday, said its founder and Nobel laureate Rabindranath Tagore’s vision was the essence of “Aatmanirbhar Bharat” or a self reliant India. The PM spoke at length on the pivotal role Visva-Bharati played in India’s freedom movement and how it spread the message of universal brotherhood encapsulated in Tagore’s philosophy and works.

From the “Vedas to Vivekananda”, the PM continued, Tagore’s thoughts reflected the collective thought of India, which was never introverted or exclusive.

“His vision was that what is best in India the world should benefit from it, and India should learn from the good things they have. Now look at the very name of your university, Visva-Bharati….coordination and cooperation of India with the world,” he said.

Visva-Bharati was declared a Central University and an Institution of National Importance by an Act of Parliament in 1951. Tagore founded it in 1921.

Praising the institution for its remarkable achievements in numerous fields ranging from art and literature to science and innovation, PM Modi urged the students to reach out to the artisans in the region and explore ways to find national and international markets for their produce.

“That will make them self-reliant. Atmanirbhar Bharat is the initiative for India’s prosperity which will aid in global prosperity,” said Modi.

Recalling India’s freedom struggle, Modi said, “Long before our great freedom fighters took up the cause in the 19th and 20th century, the Bhakti Movement united us. The movement for learning gave us intellectual strength and the movement of karma exemplified by the likes of Shivaji, Maharana Pratap and Rani Laxmibai of Jhansi gave us the courage to fight for our rights.”

Visva-Bharati, he said, is the embodiment of philosophy, vision and hard work of Tagore.

The PM’s comments come right in the middle of a heated political campaign for next year’s polls that has seen the ruling Trinamool and the BJP, its main challenger, fighting over the state’s icons and its legacy.

Shortly after PM Modi delivered his speech, the Trinamool Congress hit back, saying the PM mentioned all universities in the country for their contribution to the freedom movement but left out Calcutta University, the nation’s first university set up in 1857 and to which all colleges were affiliated to at that time.

Accusing Modi and the BJP of showing Bengal and Bengalis in poor light, the TMC also alleged that chief minister Mamata Banerjee was not even invited to the programme.

Minister Bratya Basu and TMC’s leader in the Rajya Sabha, Derek O’Brien, held a press conference at the party’s headquarters in Kolkata.

When it was pointed out that the Visva Bharati authorities had claimed that an invitation was sent on Wednesday night, Basu said, “Is that how a chief minister is invited?”

“I could not understand why there were repeated references to Gujarat when he (Modi) was talking about Tagore. And, some of the things he said were factually wrong. For example, Satyendranath Tagore was not the poet’s eldest brother. Also, it was not from Gujarati women alone that Satyendranath’s wife Gyanadanandini Devi learnt to wear the traditional saree in a different way. She was inspired by Parsi women as well but the Prime Minister will not name Parsees for the same reasons that stops him from mentioning Dalits,” said Basu.

Reading out from Tagore’s writings against communal violence, Basu said, “The migratory politicians should have a deep understanding of Tagore and his philosophy before talking about him.”

Addressing a press conference in the afternoon, Mamata Banerjee said, “Who invited me and when? I did not receive any invitation or phone call as far as the centenary celebration is concerned.”

She also sounded a veiled warning to the vice-chancellor without taking names.

“I congratulate those who are associated with this century-old institution. The legacy of Visva-Bharati is not bound by time. Those who are running it now will be here for a few days only. Their days are numbered.”

Earlier, the chief minister called upon the people to preserve the vision and philosophy of Tagore.

“Visva Bharati University turns 100. This temple of learning was Rabindranath Tagore’s greatest experiment on creating the ideal human being. We must preserve the vision and philosophy of this great visionary,” tweeted CM Banerjee.

The BJP Bengal unit and its leaders targeted Banerjee on Twitter, alleging that she insulted the legacy of Tagore by not attending the ceremony. The party even circulated the image of an invitation letter dated December 4. It was signed by Bidyut Chakrabarty, the vice-chancellor.

“Dirty politics everywhere, @MamataOfficial? She has insulted the legacy of Gurudev Rabindranath Tagore, by not attending the Visva-Bharati celebrations even after receiving the invitation! She is slowly strangulating everything “Sonar Bangla” stood for!” tweeted the Bengal BJP.

“Visva Bharati had sent invite to WB CM on 4 Dec 2020. But for Pishi, politics is more important than the legacy of Gurudev Tagore! Never ever has a CM insulted Tagore’s Visva-Bharati like this! Pishi is impersonation of narrow mindedness that is pushing Bengal to utter darkness!” tweeted Malvilya, who always refers to the chief minister as pishi (aunt in Bengali) and refers to her nephew, Abhishek Banerjee as bhaipo (nephew).

Asked about the letter, minister Bratya Basu said, “You have the letter but was it sent and received by the government? Do you have a copy which is stamped ‘received’? The vice-chancellor wrote a letter to himself thinking he is the chief minister and received it too.” 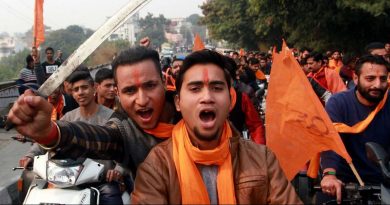 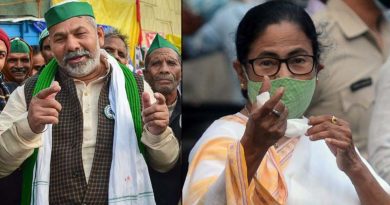 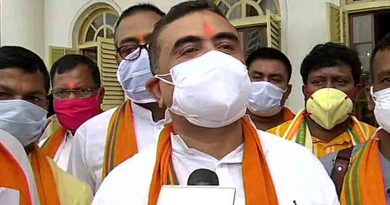