In a letter to the PM, the Chief Minister said that the production of vaccines in India is “extremely inadequate and insignificant” in the context of the massive needs of the people at large.

“Reports indicate that globally there are many manufacturers now. With the aid of scientists and experts, it is possible to identify the reputed and authentic manufacturers who have international reputation and credibility,” the CM said adding that “liberal pro-active and discerning import of vaccination is the paramount need today.”

She also said that India must encourage the world players to open up franchise operations in India and even the national players could be inspired to go for the franchise mode for bulk production of vaccines.

“We could in West Bengal are ready to provide land and support for any manufacturing/franchise operation for authentic vaccine manufacturing,” she said. “Modi ji brought the CAA law to give citizenship to the millions of refugees who have come to Bengal and she is opposing it”: Union Home Minister Amit Shah 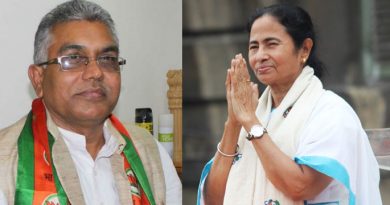 “The money given to various clubs on the occasion of Durga Puja cannot be used for any decorative work”: Calcutta High Court