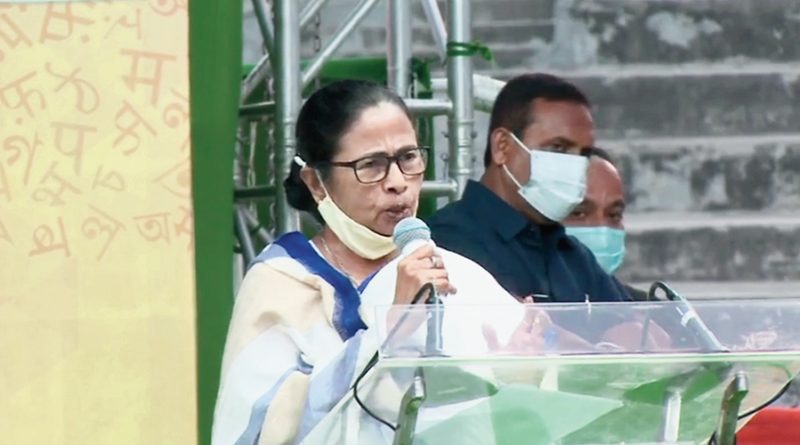 Debjit Mukherjee, Nadia: West Bengal Chief Minister Mamata Banerjee on Wednesday alleged that the BJP was “using” CAA and NRC with an eye on the upcoming Gujarat assembly elections.

The TMC supremo asserted that she will never allow the implementation of CAA or NRC in West Bengal.

She accused the saffron camp of trying to “bring in its supporters from other states and make them voters of West Bengal, while snatching the rights of the permanent residents of the eastern state”.

Iterating that the BJP won’t return to power after the 2024 Lok Sabha elections, Banerjee said that the country’s political situation was changing fast, and it is very different from that of 2019.

“Whenever any election approaches, the BJP speaks of implementing CAA and NRC. With upcoming Gujarat assembly polls later this year, and Lok Sabha elections just a year-and-a-half away, it has again started to flare up the CAA issue.

“Will the BJP decide who is a citizen and who is not? Matuas are very much citizens of this country,” Banerjee said while addressing party workers in Krishnanagar.

Matuas, who make up a large chunk of the state’s Scheduled Caste population, had been migrating to West Bengal from present-day Bangladesh since the 1950s, ostensibly due to religious persecution.

“If Matuas are not citizens of this country, then how are they casting their votes in elections? If Matuas are illegal citizens, then the BJP MPs and MLAs who have been elected with Matua votes should resign as their election is also illegal,” she said.

The promise of implementing the controversial CAA had been a major poll plank of the BJP in the 2019 Lok Sabha and the 2021 assembly polls.

“The BJP’s plan is to use the CAA to grant citizenship to its supporters from other states and make them residents of West Bengal. They will then snatch away the rights of the permanent citizens residing here thus depriving you of various welfare schemes of the state government such as Lakhsmir Bhandar,” she said.

The chief minister said the state government has already distributed freehold land title deeds to refugee colonies in the state, thus regularising those.

Banerjee also accused the saffron camp of trying to fan separatism in West Bengal by raking up statehood demands and iterated she will never allow the division of the state.

“The BJP is fanning separatism in West Bengal by instigating Rajbanshis and Gorkhas in northern parts of the state. We will never allow the division of West Bengal,” she said.

Banerjee asserted that the BJP will not return to power in 2024.

“In 2019, the country’s political situation was different; the BJP was in power in Bihar, Jharkhand and many other states. But now, its political presence has diminished across the country; it is no longer in control in many states.

“The BJP has already reached a saturation point in many states. The political situation of the country is changing very fast. That is why it is attacking opposition parties and arresting opposition leaders by maligning them,” she said.

Banerjee alleged that the BJP was trying to omit legal voters from the voters’ list, and asked her party leaders to be cautious when the revision of electoral rolls starts this week.

She also claimed that the Centre was not releasing MGNREGA funds for the last few months.

“They are taking away money from the state in the garb of GST and other taxes but are not giving us the money that is our right in a federal structure. But such tactics won’t help them in elections as we won’t bow our heads before them,” she added. 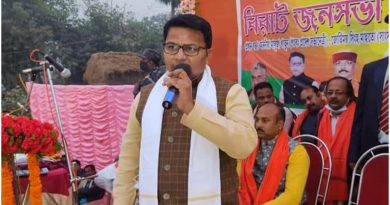 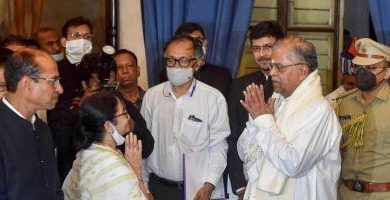 La Ganesan took oath as the new Governor of Bengal