Though there has been no official confirmation about Maneka Gandhi`s son joining the TMC, according to a senior party leader, the Chief Minister`s visit to Delhi next week is going to be `very significant` and might have some `surprises` as well.

However, it is still not clear whether the BJP leader will join the TMc during Banerjee`s Delhi visit, or later.

Without making any direct statement on the matter, a senior Trinamool leader said, “Leaders who are angry with the BJP but have no way to go to the Congress, are contacting TMC. At the moment, it is clear that Mamata and TMC can play the biggest role in stopping Modi”

“Varun Gandhi cannot go to the Congress. So he would be looking at a party that can give him a national platform. With Trinamool Congress trying to increase its presence nationally, it would also be interesting to include a person who has national acceptability. And in that case, it will be a win-win situation for all” a senior Trinamool leader said on condition of anonymity. 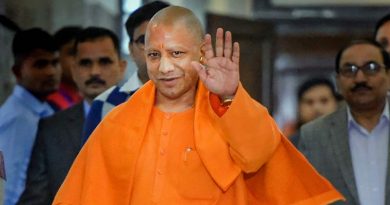 Yogi Adityanath said Ram temple is for everyone